Individually crafted sightseeing tours & transfers of Auckland and beyond…

Support the New Zealand Tourist Industry During The COVID-19 Pandemic

No tour buses, no public transport, just luxury vehicles sanitized before & after each tour.  We also provide sanitizer, wipes and face masks on request.

Our business is customized tours to North Island destinations and day to day Auckland Airport / City transfers. We also have a good customer base in Auckland and all vehicles have wifi hotspots.

We offer door to door Intercity transfers to Hamilton (1.5hr), Tauranga and Rotorua (3H) and Whangarei (2.25h) We see this as a viable alternative to Airport to Airport flight/transfers.

Here are our prices during the COVID-19 Pandemic. 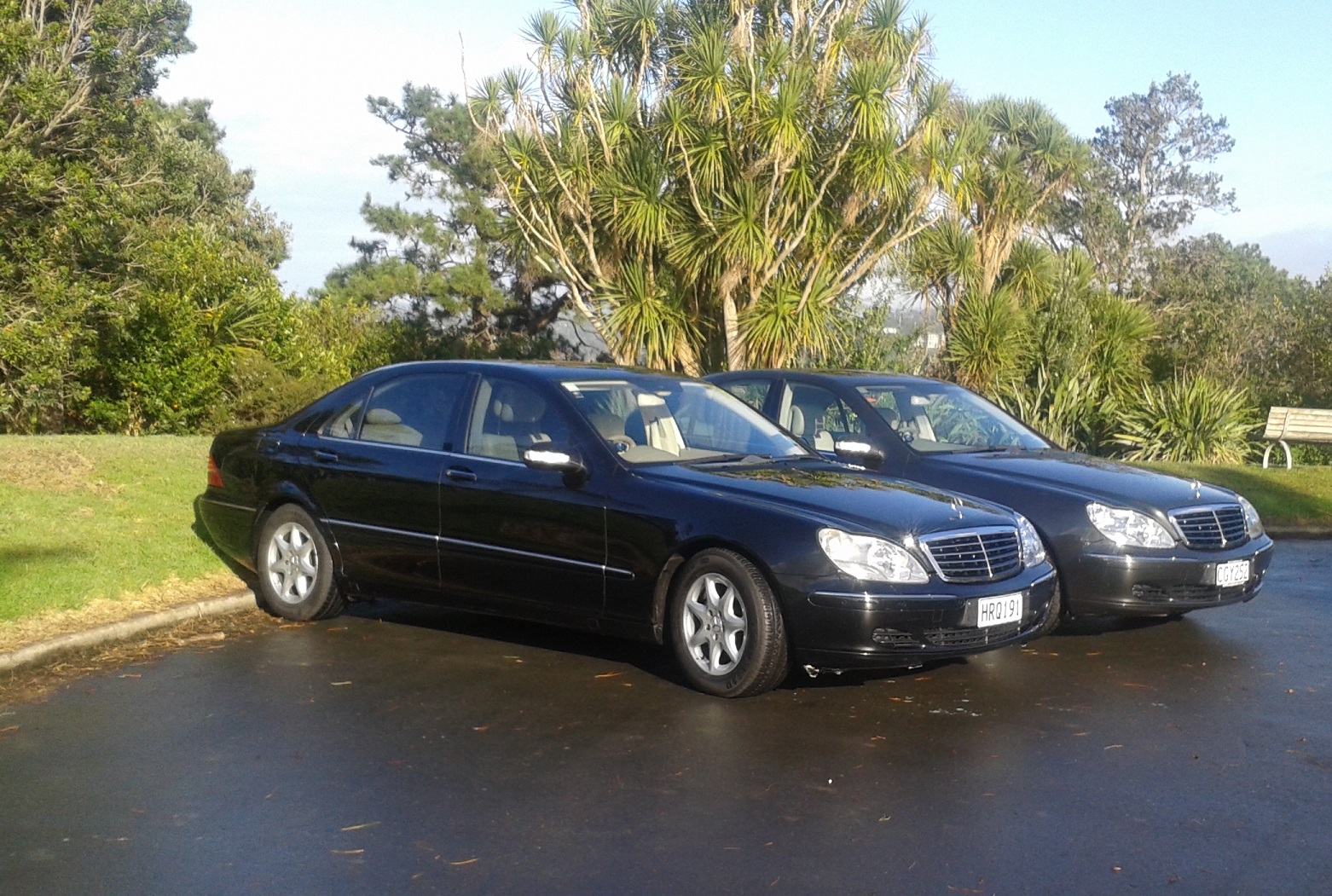 Auckland has been our home for over 35 years so we’re  well acquainted with its charming nooks and crannies for your tour.

Our affordable customized tours can include the Auckland region, the thermal valley of Rotorua, our classic Waikato or scenic Coromandel and Matakana tours.

Need a transit or stopover bed in Auckland?

We also offer our own accommodation, hotel and airport transfers before & after your tour.

We specialize in custom, tailor made tours of Auckland and beyond including tours of the Auckland, Waikato, Coromandel & Matakana regions.

No tour is the same as each tour is individually crafted to suit your interests and time frame.  We  also provide hotel & Auckland airport transfers when required.

With many sightseeing opportunities & attractions are abound for your tour.  Explore rain forests, beaches, gardens, museums, volcanoes, historical townships. We customize your tour so that you get to see everything that you want. 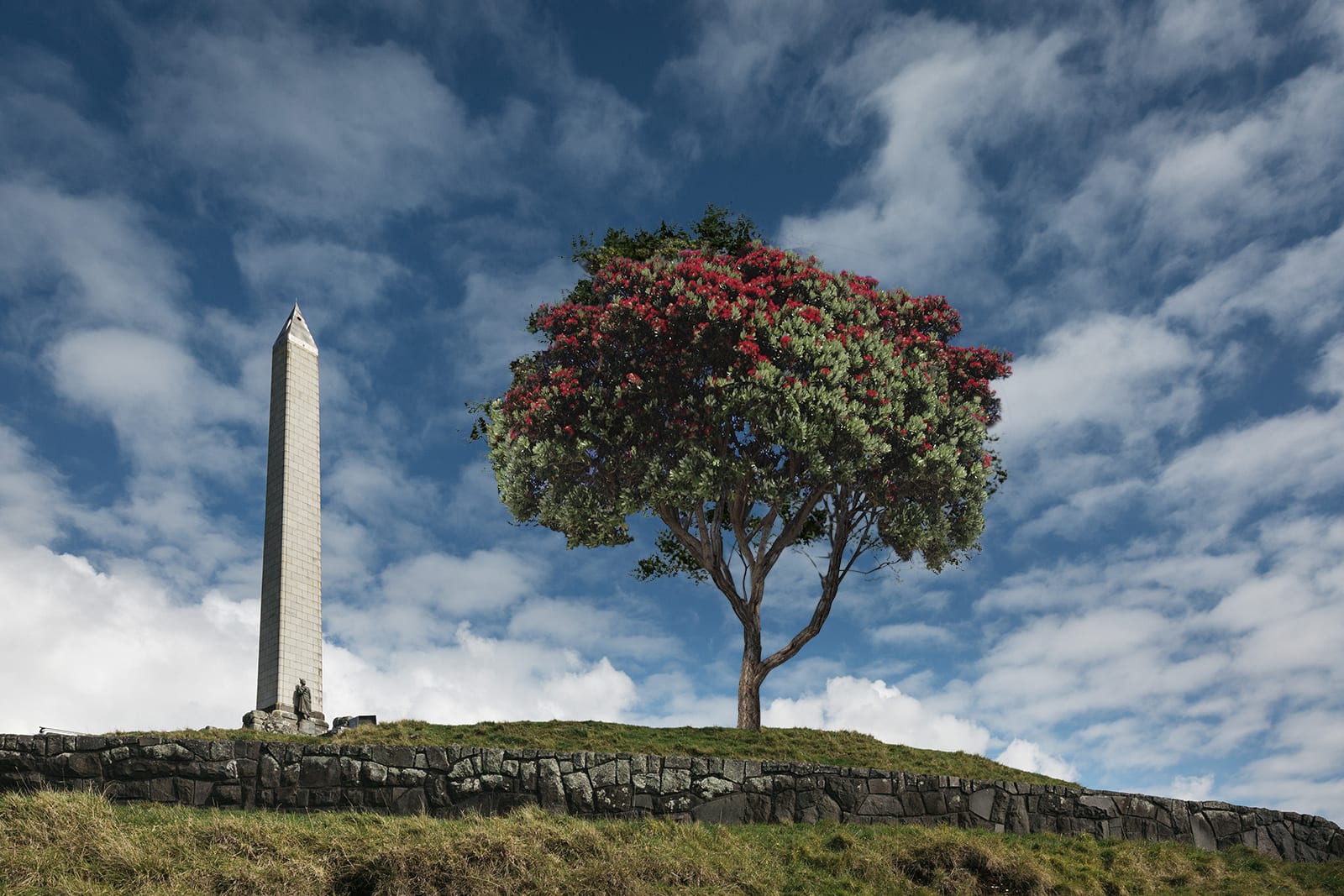 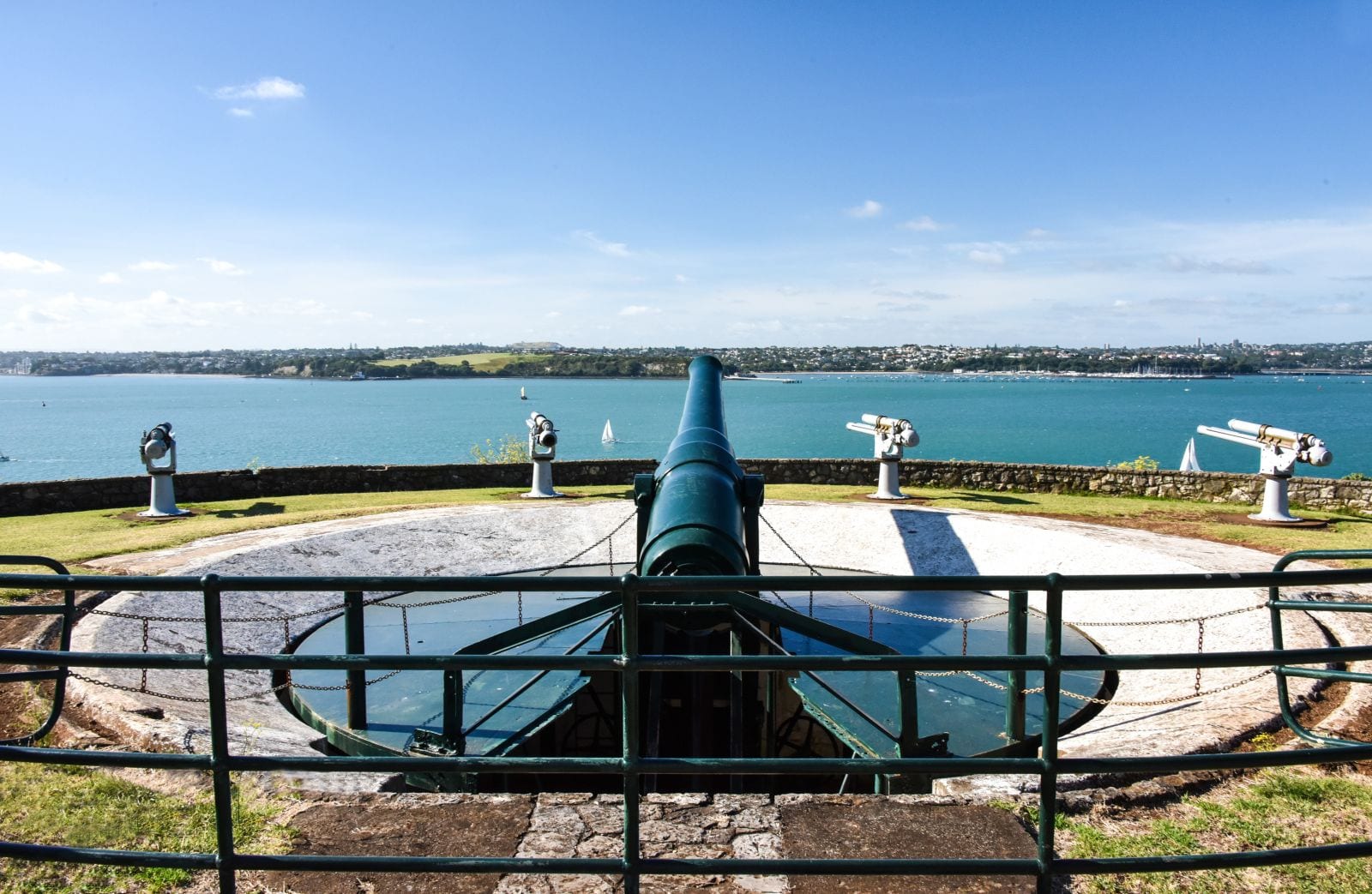 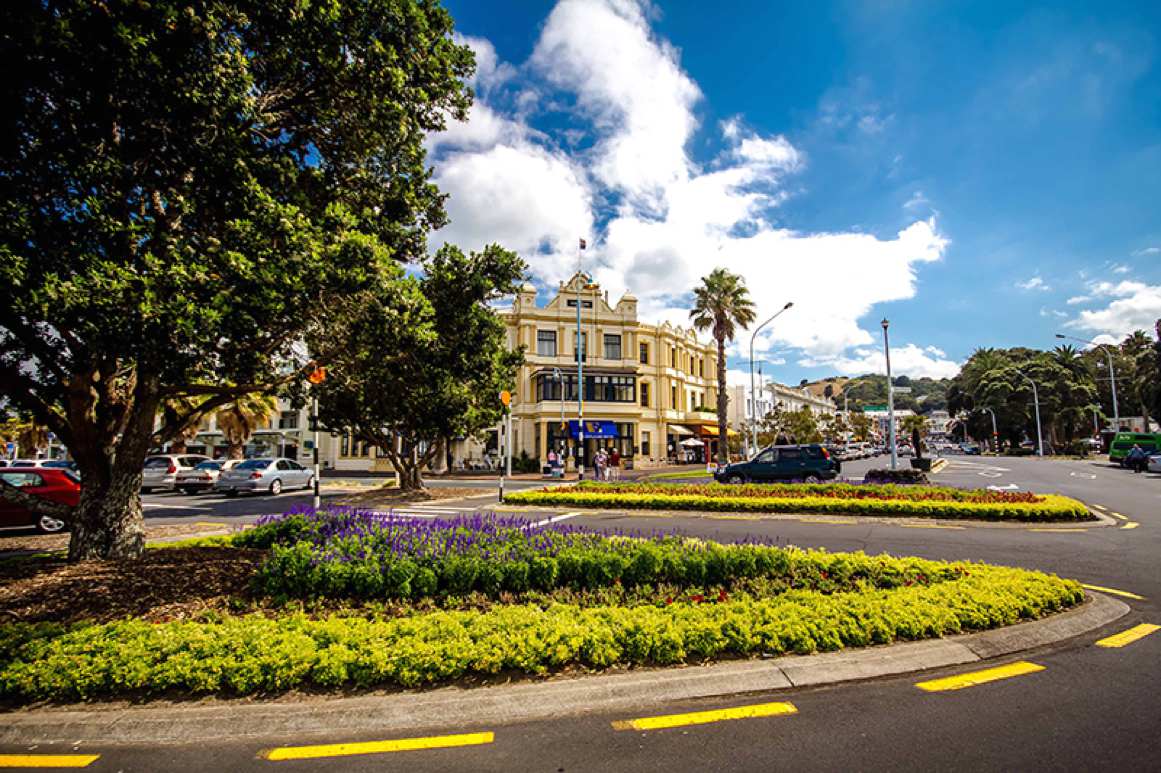 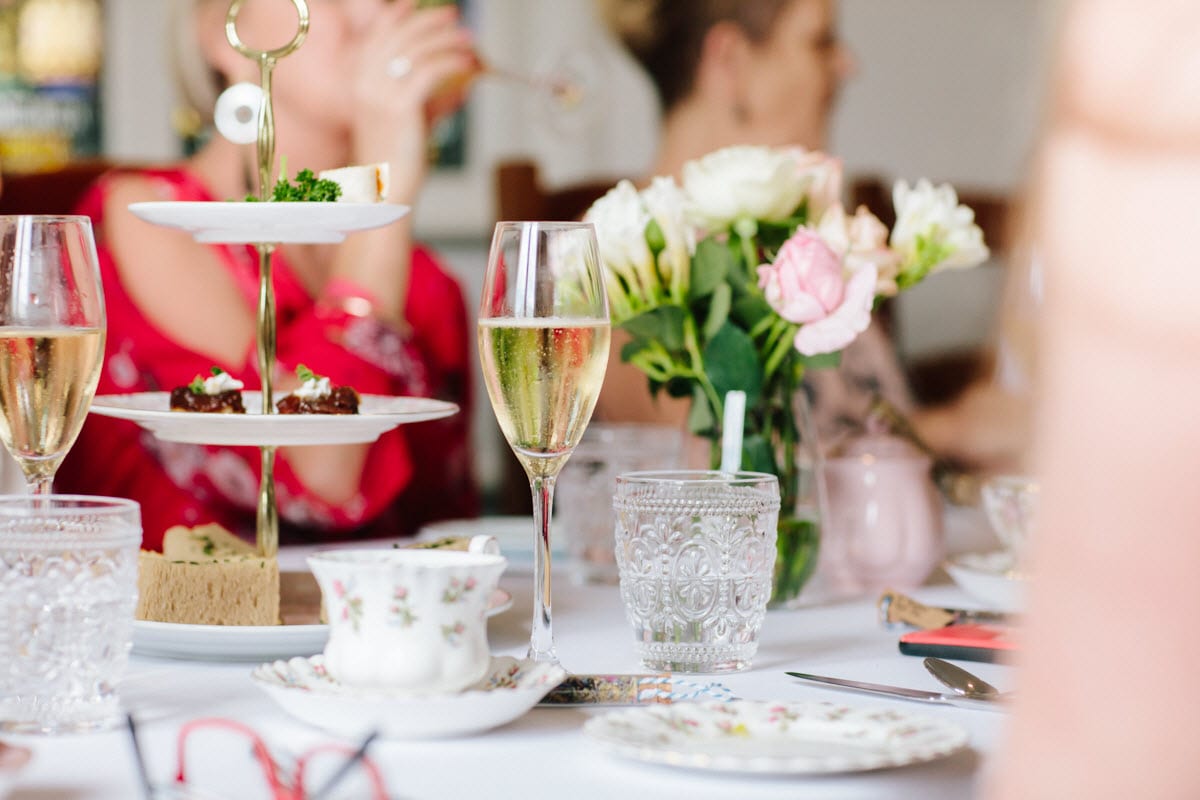 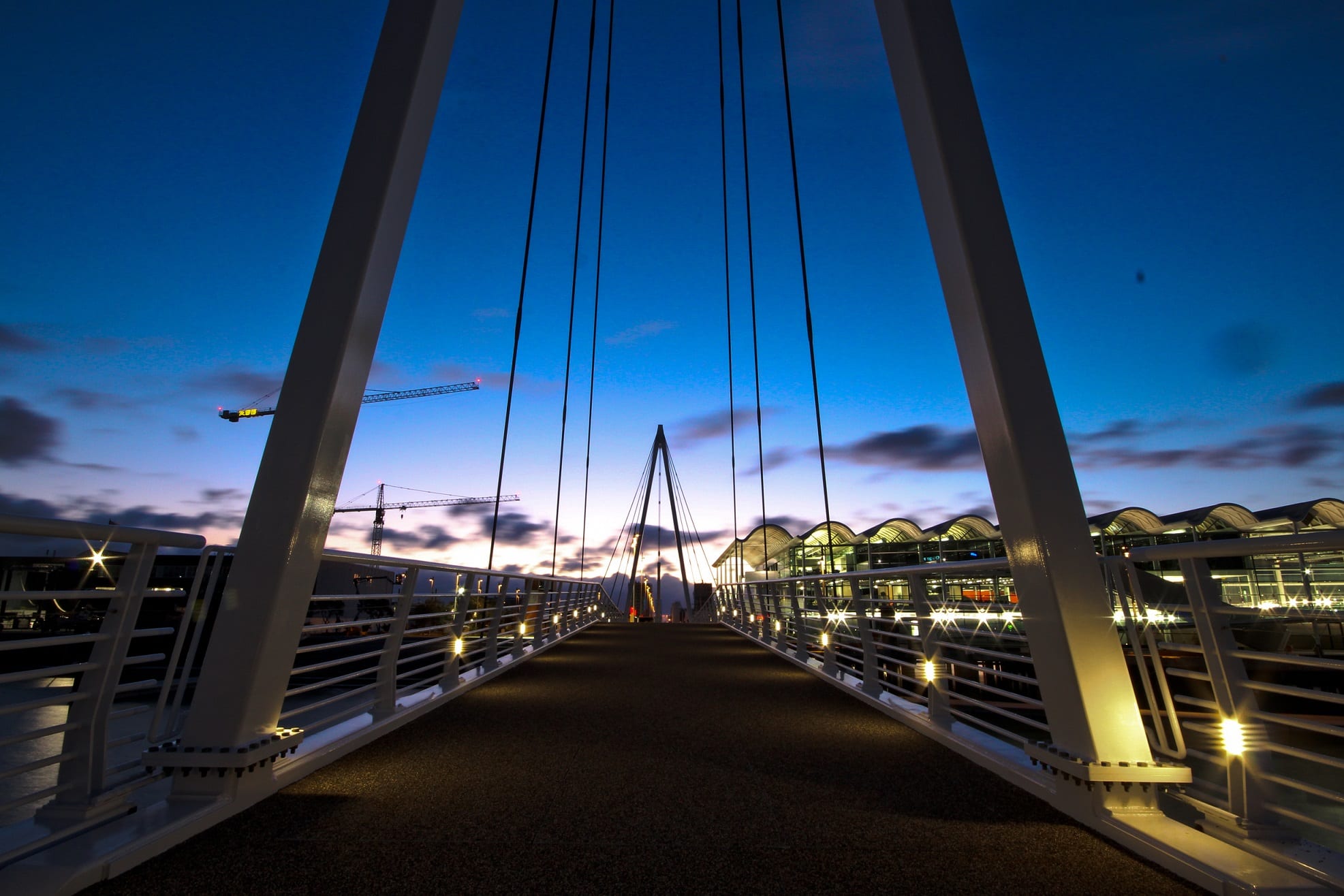 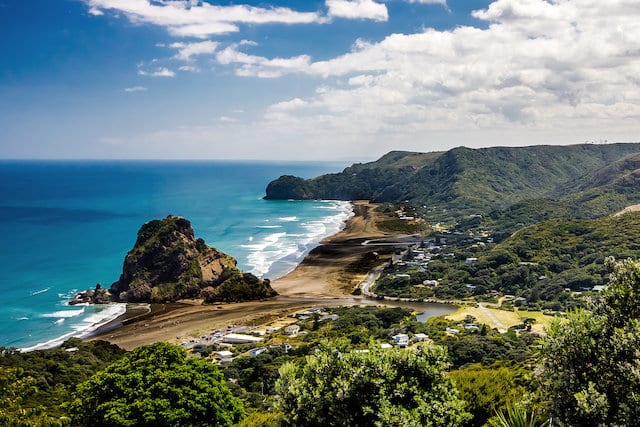 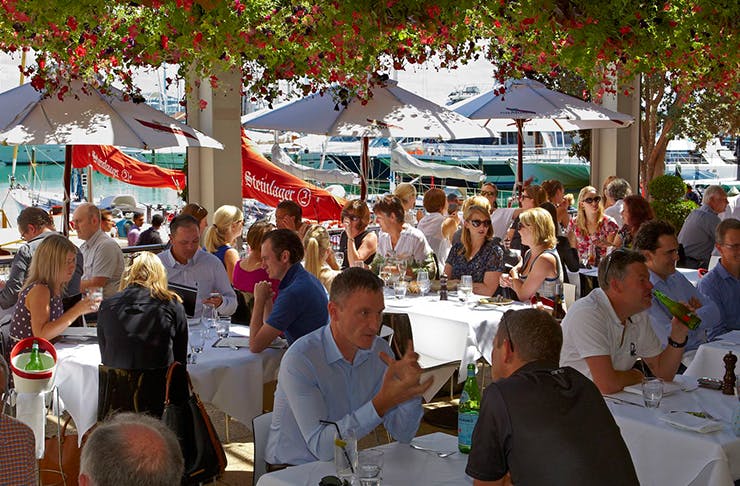 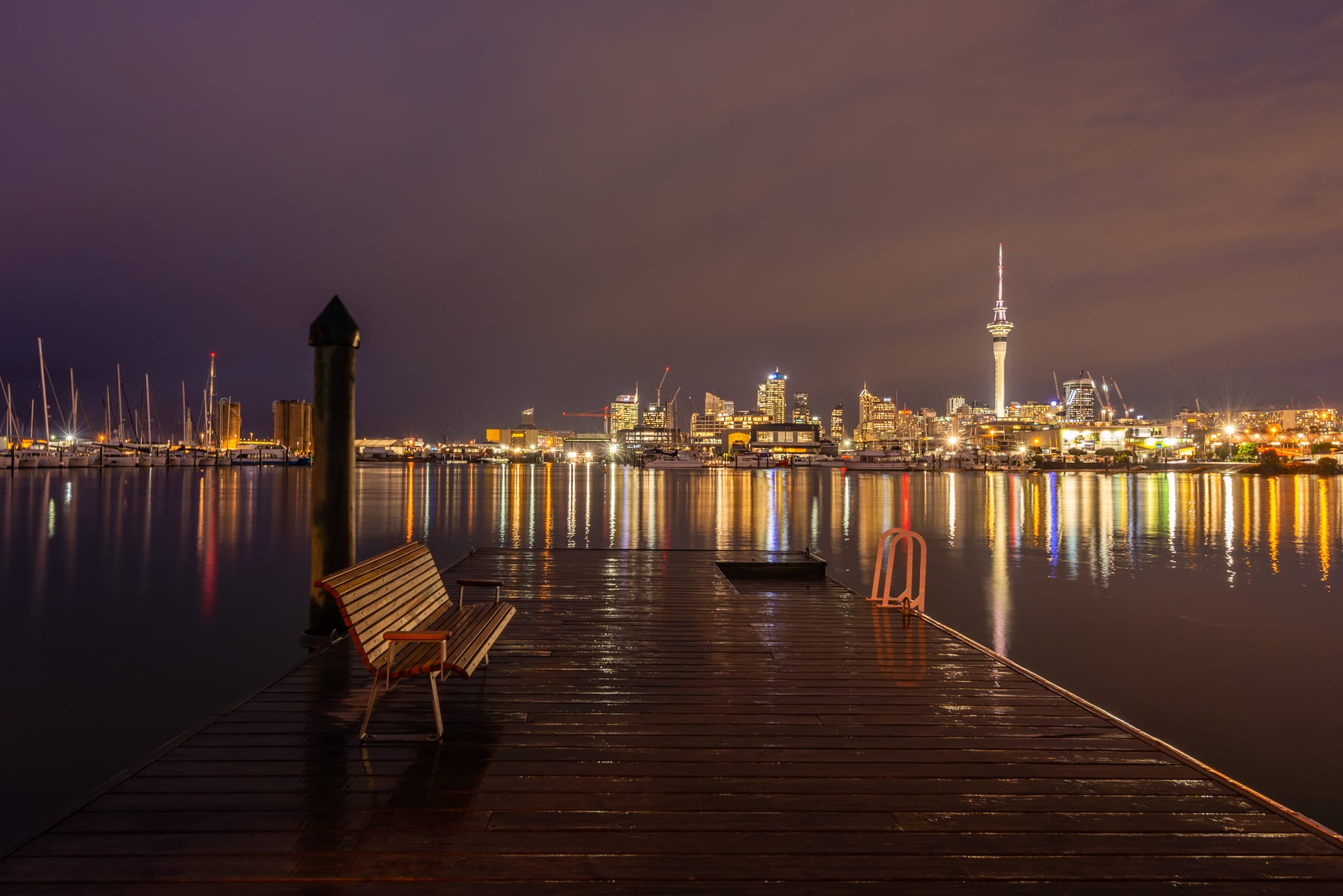 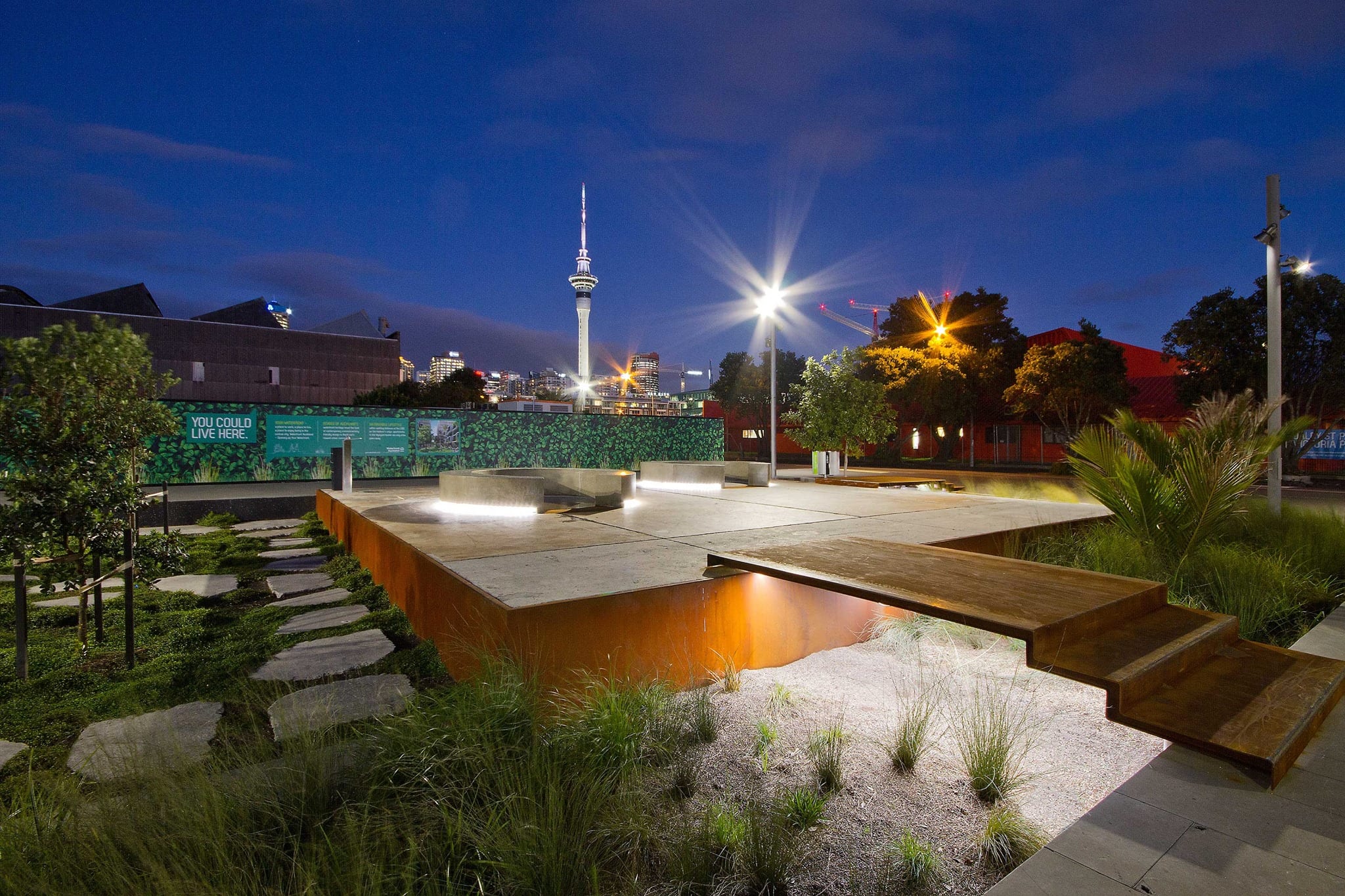 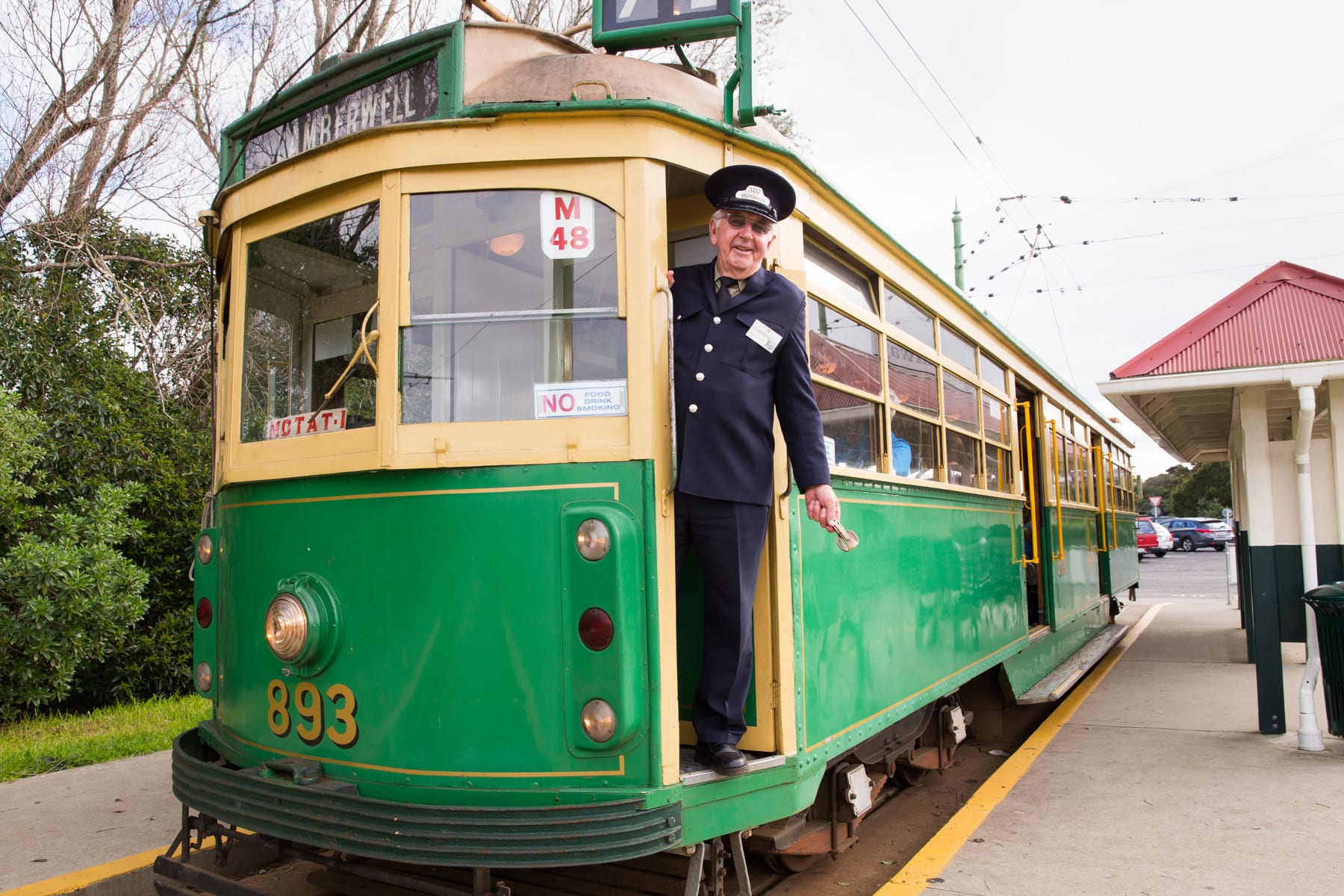 Our tour through the Waikato Region can lead to the heart of Middle Earth and the Shire of the Hobbiton Movie Set.

All sorts of advertures are to had at the Waitamo Cave tours with caves, glow worms and white water rafting to explore.

No tour of the Waikato is complete until you’ve seen the thermal valley and its hot pools, geysers & mud pools.

Tours to the Coromandel include trips to Hot Water Beach, Cathedral Cove and the Driving Creek Railway and Karangahake Gorge.

Our Matakana Coastline tour takes you through the popular region for wine, food, arts, scenery and New Zealand country lifestyle.

A family business. A kiwi welcome.

Being a small, family business we can offer a truly personal & unique experience for your tour. We like to share stories of growing up and living in Auckland, take you to our local hangouts, and have lots of laughs along the way.

Auckland has been our home for over 35 years, so we’re well acquainted with its charming nooks and crannies – both well-trodden and off the beaten track.  We can customize a tour to suit your requirements based on what you would like to see & do.

We’re passionate about sailing, art, bush walks, gardens and wine and love to incorporate these things into our tours. We can’t wait to share some of the sparkle with you. 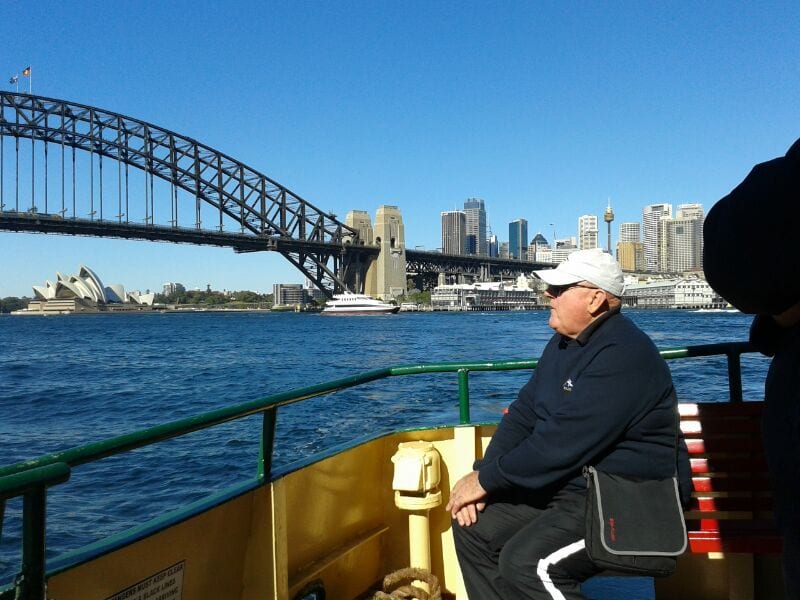 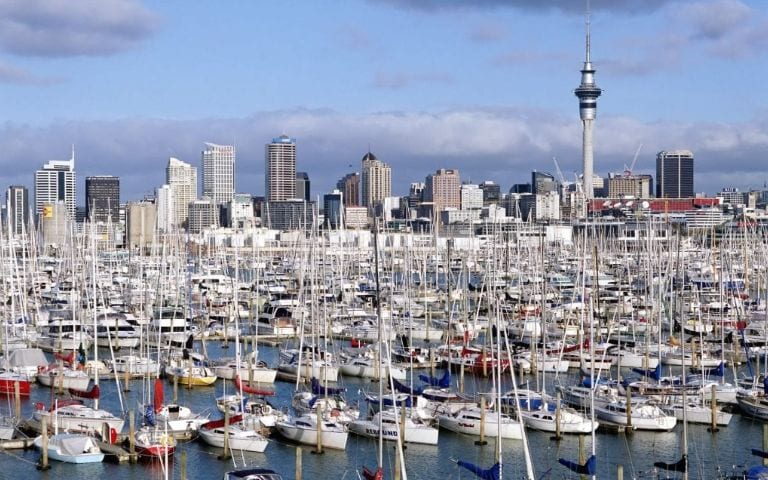 Our Auckland City sightseeing tour includes Auckland’s historic Devonport and North Head for 360 degree views. Return over the Auckland Harbour Bridge past Westhaven Marina your tour explores some of Auckland’s many extinct volcanoes like One Tree Hill.  Your customized tour of Auckland can include Auckland’s Domain, War Memorial Museum, Winter gardens.

A tour to West Auckland takes you to the Manukau Harbour, native rain forests, black sand beaches like Piha and it’s famous Lion Rock before finishing the tour at Muriwai Beach and see the Gannet Colony.

Across the harbor from Auckland your tour can include Waiheke Island, the ” riviera ‘ of Auckland which is littered with vineyards, great cafes, restaurants, beaches and it’s only a 40 minute ferry trip from Auckland. 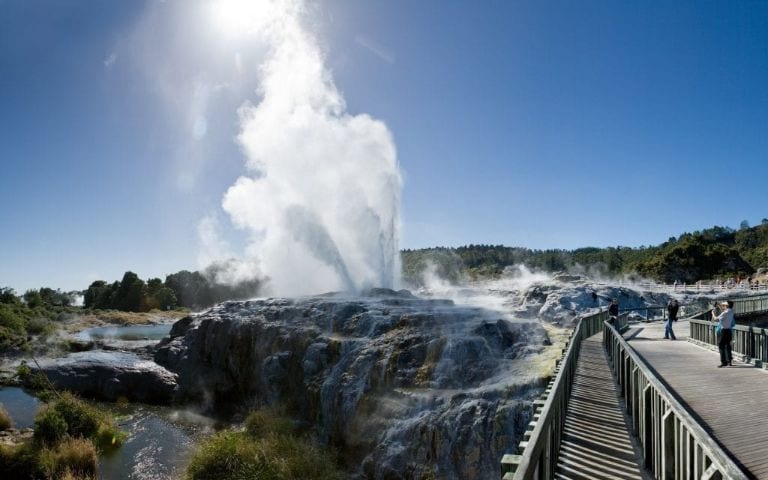 With lots to see & do south of Auckland just driving to these places on your tour is interesting, beautiful and breathtaking.   First up, your tour includes the Waitomo Caves for the unique glow worms experience, then to Otorohanga Kiwi House show so see the Kiwi bird and their conservation up close. It’s an excellent and professional and a world class experiences.

The tour carries on to Te Puia in Rotorua’s thermal valley get a taste of Maori culture. This tour is a twelve hour trip but well worth the journey for the sites, sounds and smells.

Other places for your tour includes Hobbiton Movie Set. Close to Waitomo you tour can include a trip to Raglan for coastal beauty and surfing excellence, Papamoa for pure expanse of golden sands and Karangahake George for geological beauty.

With so much to see and do in the Waikato region, we can help provide a custom tour to match your reqquirements. 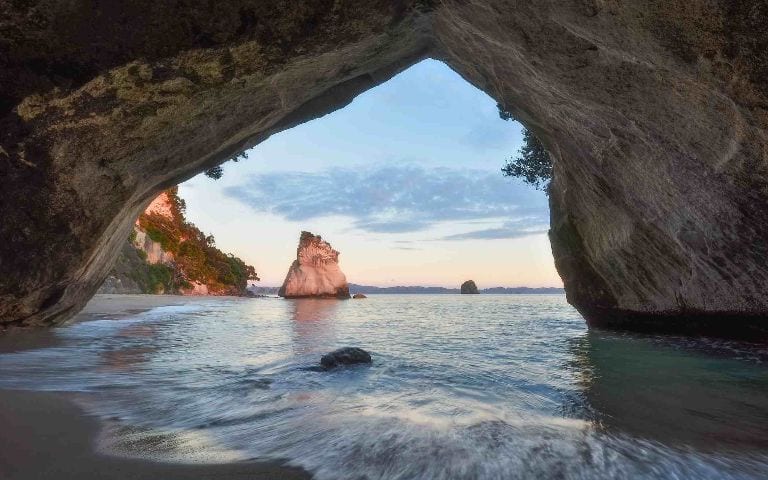 Our Coromanel tour takes you east from Auckland for excellent coastal viewing. The tour continues on to Hot Water Beach where you can dig your own hot pool in the sand. We can visit Cathedral Cove, an unspoiled marine reserve before continuing on with your tour.

The Coromandel region is known for its mining history but the best place to embrace it is to take a tour through the Karangahake Gorge. Why not include the Driving Creek Railway in your Coromandel tour as its New Zealand’s only narrow-gauge mountain railway and New Zealand’s steepest. 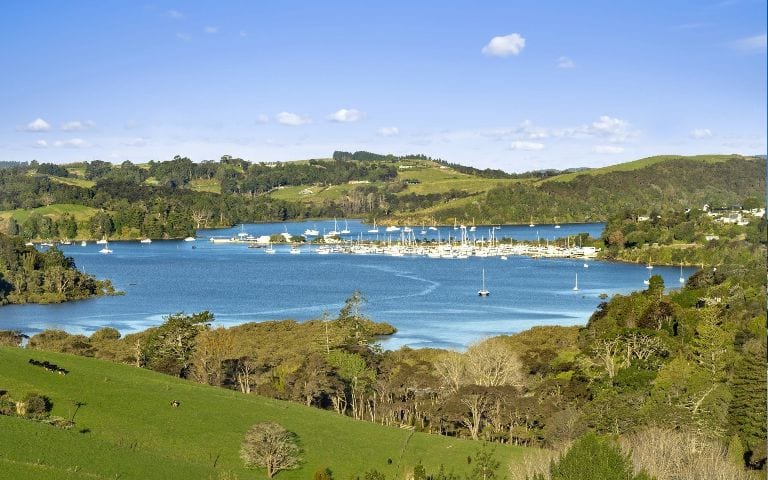 Your customized tour can include the magnificent coastline past Orewa, Waiwera, Warkworth and onto Matakana, We can include Pakiri Hill, Leigh Harbour, Goat Island marine reserve where you can swim with the protected fish before moving onto Mathesons Bay.

Time permitting, we return to Auckland via the East Coast beaches and visit Takapuna before finishing up at the historic Devonport and North Head for 360 degree views to end the tour.

We’re a husband, wife and daughter team with over 35 years of local knowledge and a sense of humor.

We traveled from the US and arrived very early in the morning, Fleur was there to meet us and take us our hotel and returned the next morning for our Auckland tour. I was traveling with my 82 year old mother and Fleur was excellent her. She took us to all the places our time would allow and stopped when my mother need to stretch and even took us to her favorite coffee stop. Fleur had some spots in mind but was totally open to take us where we wanted to go. You must see the black sand beach, its worth the trip. Fleur and Ian even picked us up the next day to take us to our cruise ship. They are the best!

1. Fill out the form giving us as much detail about the customized tour you want to experience.

2. Once we’ve got all the information we’ll send you a customized tour itinerary and quote.

3. Pay half on confirmation of tour and half on completion of the tour so get ready to be dazzled!